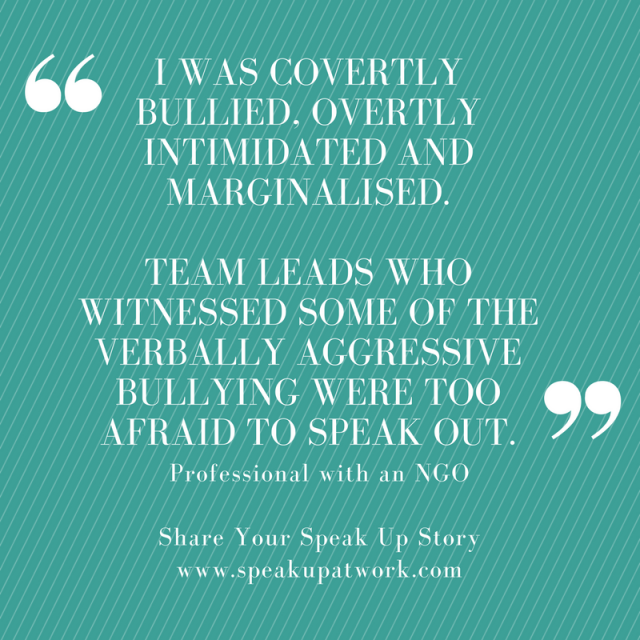 ARE ORGANISATIONAL POLICIES WORTH THE PAPER THEY’RE WRITTEN ON?

In 2002, while working nights at a Hospice, I raised a concern about unsafe practices of storage and dispensing on Controlled Drugs, which were imposed on us by day managers who had become our team leads. Our reasons and policy-supported report was ignored and aggressive bullying ensued.

Things came to a head when I was accused of creating a witch hunt against the new managers, and threatened with losing my job and registration. Matron listened and tried to mediate, but the manager stormed out. Matron responded by upholding our concern, offering support to all, creating a working party to develop an antibullying policy, training for all staff, and reps in each department. A response which prevented me leaving and led to me becoming an active member of the working party. A few years later I became a keen member of the Safe Manual Handling working party and departmental Rep.

Still working in the same organisation but now in a different department with a different manager, I raise a concern about a health and safety issue, which I consider presents risks for patients as well as staff.

The organisation now has over 100 robust policies including health and safety at work, manual handling, anti bullying and raising concerns. The SMT expound regularly on their belief in `open communication’ and welcoming feedback and comments from employees. It should be a very safe environment to raise a genuine concern.

WRONG!
Even when my report on the issue was supported by actual evidence, organisational policies, Employment law, NMC code of conduct, best practice documentation and suggestions for resolving the issues……. I was covertly bullied, overtly intimidated and marginalised. Team leads who witnessed some of the verbally aggressive bullying were (and still are) too afraid to speak out. Any trust I had in the organisation finally dissipated when the most senior nurse contacted a prospective employer and stated that I was unsuitable for the role. Any respect I had for the organisation disappeared when, a year after leaving they sent a threatening letter making false accusations against me.

So … what is the point of all of those superbly written policies, if an organisation can choose to completely disregard them when it suits?
And what an irony that the anti bullying policy which I worked on 14yrs previously is still only a `sticking plaster’ on a gaping wound?
In my last few months there, I attended an in-house training about `Compassionate Communities’. The speaker told us about how the organisation was reaching out into our catchment communities promoting compassion and care for those around us. I suggested that before we start reaching out, maybe we should start by creating a compassionate workplace . He , shifted uneasily, hesitated, considered his response , then said `that would be ideal, but some communities are more difficult to change ‘.

This surely illustrates that there is an accepted culture of repression,control and fear within this organisation .