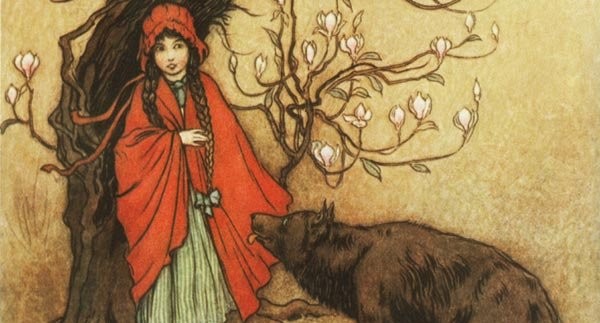 In light of the recent sexual harassment allegations within Uber, I am reproducing an article I wrote 3 years ago on Surya Women’s blog. Since experiencing sexual harassment in various workplace settings, I have supported victims, counselled perpetrators, rolled out policies, won a court case (for my employer) and conducted awareness sessions relating to workplace harassment. It is an issue that I am passionate about. Here is my article.

Every week somewhere in the world, sexual harassment rears its ugly head. This week it is threatening to pull apart the Liberal Democrats in the UK thanks to Lord Rennard refusing to apologise to four women for “violating their personal space” (see below for the allegations). Apparently the Lib Dems internal inquiry determined uninvited leg rubbing as personal space violation rather than sexual harassment. What?! I thought personal space violation is when someone in the lift tries to read my newspaper.

As an ex Lib Dem member, this upset me to no end. The party has failed women. I am appalled and really feel let down.

Sexual harassment has become a minefield today. For decades sexist jokes, playful touching and even uninvited touching in the workplace seemed to be commonplace and condoned. Everyone knew it was risqué and possibly some women didn’t like it but hey this is the working life, deal with it. So the odd woman who did complain was brushed aside, or perhaps moved away to a different department from her perpetrator. After all this is a man’s world. If you can’t hack the sexism in the big bad working world, stay home and look after the kids. The heat in the kitchen is manageable enough for you dear.

If you are too young to appreciate the world that was, watch Mad Men or Life on Mars.

The world changes. Attitudes change. Women are discovering their voice. Sexual harassment policies are commonplace although not often understood and many times ignored.

For women, and men this is a confusing time. How do we navigate each other at work? Can I pat you on the back? Crack a joke? Last week it seemed ok. Now, you say it upsets you? Life was much easier when you dealt with the heat in the kitchen.

In the UK, octogenarian celebrities are now being accused of sexual harassment, sexual assault, pedophilia for acts done over five decades. Whilst I can’t condone their actions, the question hangs in the air: why did we allow them to continue unchecked, even encouraged for years? Imagine how much grief, trauma and anxiety would have been saved if they were stopped early on.

Celebrities, politicians and business leaders wield power and with it comes the knowledge that they have power over women. Sexual harassment, like rape, is a power game.  No one quite dares to stop them and their victims don’t get any help. Instead they get blamed. Right now the four women who accused Lord Rennard of the Liberal Democrats in the UK of sexually harassing them are being intimidated by his lawyers, other members of the Lib Dems and the media. Party members, some of them women, some former respected leaders say, hey leg rubbing is no big deal at the cost of keeping the Party united.

Better to keep quiet then.

Not because I feared retaliation. I didn’t want to get the guys into trouble. And like the Lib Dem women, did I really want to put my employers through the emotional conflict of having to discipline nice guys or high performers who were behaving stupidly?

Many years ago during an office evening function, a senior male colleague put his hand on my leg. He was a little drunk. I liked him. He was clever, well respected, really nice. My best friend, another guy was with me. We looked at each other. He shrugged. I moved away the senior’s hand. A minute later his hand was back. I said to him very kindly that I didn’t like it and moved his hand again. A moment later his hand was back on my leg. He looked like a poor little deer, not a lecher. I got up and sat somewhere else. We never spoke of it. I’d like to think he had forgotten about it entirely. I found out later he had done the same with another female colleague a year earlier. She hadn’t told anyone either, other than me.

When I was a little more senior and again, at an evening function I was seated opposite my boss and next to a senior male colleague. The guy next to me was quite good looking and knew it. He was slightly inebriated and kept putting his arms around me. I told him to stop and looked at my boss pleadingly. My then boss was of a slightly nervous disposition but despite being more senior than my perpetrator, said nothing. My harasser was Caucasian, my boss Asian. I wondered if that was a factor.

The next morning my boss said to me to be careful in my conduct with my harasser. At this stage I had dismissed my harasser’s conduct, as I regarded him as merely annoying and did not feel threatened. But when my boss said this, I felt anger welling up in me. He had done nothing to stand up for me and did not appear to have admonished my harasser in any way. I did not tell him how I felt though. I left it there. We were all based in different countries so the incident never reoccurred. I never made a complaint. Ironically I was trained in sexual harassment.

Hindsight is always a wonderful thing. Now the wise me with years of sexual harassment awareness training will say, speak to your harasser. Tell him firmly, no, this behavior is unacceptable and violates our policy. I have every right to report you. Or, I am watching you and if I catch even a whiff of you doing this to another woman, I will report you. Or, just report him anyway.

Because, touching a woman without her consent IS unacceptable. Women should stop being silent and speak up. Tell him directly. Tell another woman. Tell HR and Legal. Tell AWAM. Someone. Do not keep quiet.

Because guess what. After ten years of this nice guy repeating his behavior and getting bolder because he can, one woman will speak up. Or her boyfriend (men are more likely to complain on behalf of the woman). And the can of worms will open and this bewildered man will wonder why nobody told him it was wrong at the beginning.

So ladies, nip it in the bud. The biggest favour you can do the guy is to tell him straight away. Or tell HR or Legal. Before he becomes a big bad wolf.

We really want to get out of the kitchen and into the workplace. We deserve a work environment which is safe, where we feel comfortable and are respected, our dignity intact.

Animah Kosai is a lawyer in the oil and gas industry.