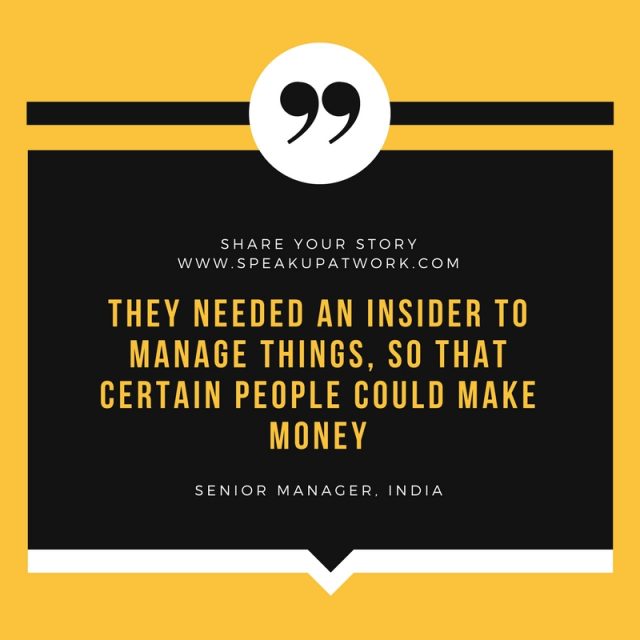 A new team took over the management of a bank, and eased out most of the old timers. The unwritten policy was that appointment/transfers to corporate office had to be approved by the head honcho. Somehow, I had landed in this place without his consent.

I dealt with Government business, and was one of the few people aware of policies and procedures in that segment. A national Government-led project on financial inclusion commenced, which I spearheaded for a month. Participation in the program was mandatory, and was a largely a cost for the organization. I noticed small irregularities, like appointment of agencies for surveys, which charged double the market rates. Quotations were not invited from the market. It was the tip of the iceberg. Huge expenses were to follow.

A guy, not remotely connected with the project, but who was part of a certain favored group replaced me. The design was becoming clear. They needed an insider to manage things, so that certain people could make money, and the manipulations/fake reporting to Government on the project, remained confidential.

AT WAR WITH A SUPER CORRUPT BOSS