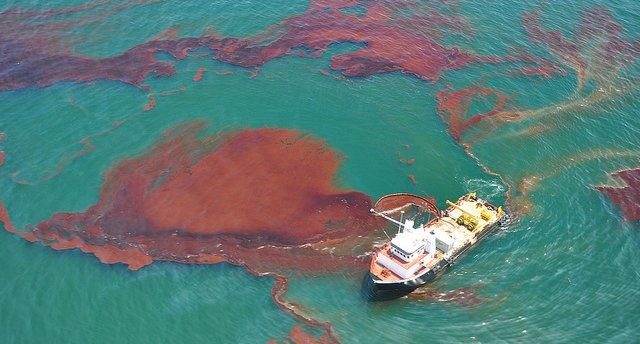 Every Dollar Counts was BP’s mantra before the Macondo blowout.

2008 had been a tough year. Recession, low oil price and, like many others, BP had to reduce its headcount.

This leaves a psychological scar on oil and gas people. When I first joined the industry, I was warned about the bottom 10% haircut. You make money while you still have a job. In listed companies, your money comes from bonuses and stock options. Options are attractive while the share price is high.

A company’s share price is driven by the market, which is so huge, we rely on algorithms. Just like your LinkedIN and Facebook views. If your post is picked up by an Influencer, your views increase dramatically.

The Influencers of the stock markets are the analysts. I spoke to someone who used to attend the quarterly analyst meetings with his Chairman in New York. “The analysts are young punks,” he said, “fresh out of school!”

I could imagine his shy chairman facing boys half his age who were demanding to know why the company missed its quarterly revenue target by a point of a percentage point.

“What do these analysts understand about the business?” I asked.

My friend raised one eyebrow cynically.

Analysts loved BP in early 2010. They had followed its stellar climb during Lord Browne’s days as he trimmed the fat from what had been run as a state owned company. He made the top 250 executives sign annual performance contracts with aggressive profit targets.

Tony Hayward continued the clarion call: “More for Less”. In 2009, BP cut its health and safety budget and removed its safety personnel from the rigs.

Beyond Petroleum: drilling deeper, faster, cheaper. The Deepwater Horizon had drilled the world’s deepest well. The Tiber Oil Field in the Gulf of Mexico was 35,055 feet deep, under 1,259 meters of water. When BP announced over 500 million barrels of recoverable oil from Tiber, BP shares rose 4.6%.

On the morning of the Macondo blowout, London time, a reputable analyst recommended BP stock:

“Safe, reliable and compliant operations remain the first priority… With its new strategy, board and aggressive cost cutting programme, we feel BP is much better-positioned relative to most of its peers in 2010 … When comparing BP’s progress in strategy development and cost cutting with Shell, we believe it is much more advanced in both areas. Consequently, in our view BP has a significant competitive advantage over its adversary”

The analyst had forgotten that cost cutting was behind BP’s Texas City and Prudhoe Bay disasters.

Better buy than Shell? Perhaps Shell was less aggressive in cost cutting because it put more money in mitigating its risks while drilling wells. Shell and ExxonMobil later explained their costlier wells to the Congressional hearing on Macondo.

Last week I read an analyst report praising the cost cutting measures of an oil major, but was silent on safety. Have we learnt nothing? I would like to see analysts include HSE statistics, particularly on process safety when they assess companies in the industry.

John Sprague who oversaw Gulf of Mexico Operations had a 7% cost reduction target. This cascaded down to the engineers and well site leaders including Vidrine and Kaluza (the two BP men later charged with manslaughter).

John Guide, the Houston based engineer who supervised the well site leaders, also had the “Every Dollar Counts” KPI. He was key in several decisions for Macondo which, on paper, saved over $10 million.

“ who cares, it’s done, end of story, will probably be fine and we’ll get a good cement job”.

In all, 48 hours of rig time, i.e. $2 million was saved (based on estimated rig spread including rig, support vessels, equipment and manpower). John Guide denied that he chose cost over safety.

Transocean was cost conscious too. The movie shows the Deepwater Horizon in a state of disrepair. Mark Wahlberg (playing Mike Williams) gets annoyed with dead phones. The alarms don’t work properly.

I thought this was a Hollywood exaggeration, then a friend in the Singapore docks told me:

“ At the time of Macondo, I was handling the life extension and upgrade of one of [name removed ]’s rigs… was shocked at the state of disrepair and the fact that they had postponed so many periodic surveys. Decks were rotting away and I could see the sea through the holes on the corroded deck floors of the sack storage room…”

Rig surveys must be done at dry dock every five years, though there are some dispensations. Rig contractors typically time their contract durations to ensure that they get that time at port. The challenge arises with a longer term contract and a packed well campaign. Wells could take longer than expected to drill and there is no time to release the rig. Clients may ask for a replacement rig, with the rig contractor bearing the costs.

Speaking of cost, who pays for the time the rig takes to sail to port, get it fixed and then back again? The Deepwater Horizon had a day rate of half a million dollars. Do the math. A revenue loss of $30 million, easily.

Since its first well in 2001, the Deepwater Horizon never touched land, all the while under contract to BP. People have criticised ABS (American Bureau of Shipping) for allowing repeated deferments of surveys.

The BOP’s expired certification had been picked up by BP internal audit. Despite repeated reminders, BP leadership did not seem to take it seriously. Neither did Transocean. It was on the audit report for several years. The BOP, the last safety barrier, failed as the crew tried to shut in the well. The BOP failure to seal off the well was likely due to the huge blowout pressure.

Since writing my recent piece on Deepwater Horizon and the Volkswagen emissions scandal, several people confided in their failed attempts to raise safety concerns. They are harassed and threatened by their seniors. They get marked down for being difficult when they are trying to do the right thing. One person, a marine captain was sacked and took his employer to court.

In the prolonged low oil price climate, as oil companies defer projects, many have lost their jobs. Oil and gas producers have to cut costs to stay afloat. Naturally, employees are afraid to raise safety concerns with cost impact.

The middle are caught between the dictates of their bosses and the worries of their subordinates. How do they resolve this conflict? Could the answer lie in who they fear more?

Animah Kosai is a lawyer in the Oil and Gas Industry.