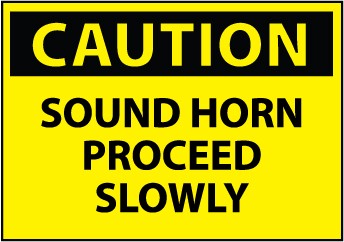 Your colleague has been sexually harassing you for several months. You’ve had enough and. You’ve got your evidence lined up and are ready to report.

Your concerned friends at work ask you, are you sure?

When I was in management, I would advise people (including those in other companies), do report! We must do all we can to stamp out sexual harassment. And this is where I went wrong – I was thinking as an advocate – I was putting the onus on victims to address sexual harassment.

At the time I had been inspired by some amazing women, including those in my own organisation who were determined to speak up for the greater good. They recognised that if they didn’t take action, a harasser would continue to harass others. But these women had a supportive management that helped them along the way – organisations with Institutional Courage.

But such organisations are the exception. I want to make them the norm!

In the past year, I have communicated with other women – incredibly brave women who reported their sexual harassers. They lost their jobs or left, feeling aggrieved. The harassers continued to work in their organisations. One was promoted and works alongside children! The organisations conducted investigations and decided that there was no merit to the complaint. Either they did not believe the women or decided that what happened did not constitute sexual harassment.

These women felt incredibly let down by their organisations. One told me that her employer caused her more trauma than her harasser. Whilst already experiencing anxiety at work due to the harassment, their employers’ responses drove them further into despair – a few fell into depression.

She coined this based on how universities in the US failed to respond adequately to students who had been sexually assaulted. We can apply this to employers too. When a person has experienced sexual harassment or bullying at work, they rely on their employer to make it right. After all, the employer has a duty to ensure their people are safe at work, not just physically but mentally and emotionally too. Sexual harassment is wrong in any organisation and employees would expect their management to protect them. Imagine the shock when management turns round and doubts the employee, telling them, no you’re not harassed and we’re not going to do anything about it.

Freyd explains that instead of protecting the person who may already be experiencing trauma, the institution has further harmed them. This is multiple trauma and explains why the women I spoke to broke-down after their employers “betrayed” them, rather than from the initial sexual harassment. 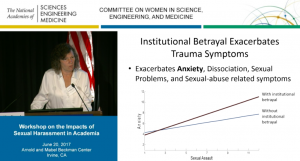 Image: Jennifer Freyd speaking at a workshop on the impacts of sexual harassment in academia.

Employers don’t set out to intentionally harm their people, but through their poor responses to complaints are doing exactly that. I will write about how organisations should respond later but learning about what victims need to consider before reporting is useful.

What You Need to Evaluate Before Reporting Sexual Harassment

1. Be clear on what you want

Why are you making the report? Here are some possible reasons:

It may be several of these reasons, but there will be one overriding one. Write it down and keep it in mind when you have the conversation with HR. Some complainants tell HR their story but are unclear as to what they want, expecting HR to work it out for them. HR is not always decisive so making your expectations clear helps guide them.

Where are you in the organisation hierarchy compared to your harasser? Who is more likely to be believed? You or them? The more senior a harasser, the harder it is for HR to take action. If your harasser is well liked or a star performer – perhaps they bring in big accounts – they could be untouchable.

This shouldn’t deter you, but reporting a popular or senior person means you will need more ammunition when you make that report. You will need people of influence who can support you.

If your harasser is someone who harassers others too, then speak to their other victims. There is more power in numbers. You get everyone to document their stories and approach HR together. It’s important that you do this jointly, rather than you on behalf of others. When it comes to the crunch, they may deny their stories, because they are afraid. 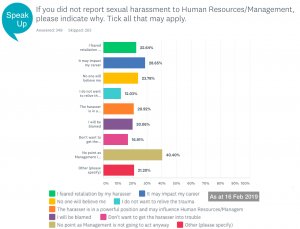 What is the work environment like – is it open and approachable? Good. Or do people hunch down in fear. It could be a mix of the two. The more closed and toxic and environment, the more likely HR works in fear, and would hesitate to act against a senior harasser. To protect themselves, they will make you look like the bad person.

If you see management often demanding, “who did it?!” when a problem is raised, you’re working in a strong blame culture. Tread carefully.

Find trusted, approachable and courageous managers – ones who dare stand up to management. You could speak to them for advice on making a report and ask for their support. It’s important that they stay discreet. Don’t approach one that loves gossip.

Speak to trusted friends at work too. What you need is someone who believes you and will stand by you throughout the process. It might be a long process and you may be doubted, questioned and blamed by HR, your harasser and your management. You need supporters.

Do you know what happens the moment you make your report? Whether you report in person or do so through an anonymous hotline, the process kicks in. Each organisation will have a specific process – go find out. You need to know what happens all the way from report to investigation to resolution.

A typical process is (very much dependent on the laws governing your organisation):

The case should stay confidential throughout the entire process. Management (outside of HR or the relevant process owner) should not interfere in the process.

The fact is, you’re in this for the long run. Ask yourself, are you mentally and emotionally ready for this. If not, but you are still determined to proceed, ask yourself what you will need to arm yourself so that you are ready.

When you make the report, ask HR to outline the entire process to you and ask what they will need from you. If you chose not to be a witness (that is your choice), there is very little HR can do to take action.

If you chose to make that report, stay centred and –

You have full agency over your feelings and experience. The person taking your report could ask you questions which may make you question your own feelings. You must remember: 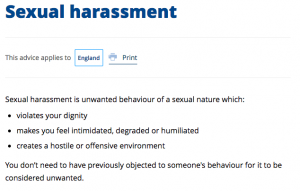 This is your case, not HR’s. It could be that you merely want to tell HR about what happened to you but don’t want it escalated further. HR cannot compel you to give testimony if you are uncomfortable with it. If you do not want the harasser to know you made the report, say so – but note that HR’s ability to investigate and take action will be constrained if you wish to stay anonymous.

Unknown to you, HR may have received similar complaints against the same person by others who wish to stay anonymous. This is common where the harasser is very senior in an organisation. When HR is aware that a particular person is a problem, they will have to strategise to take steps to remove him or her from further harming people.

5. Be prepared for backlash

Unless you are fortunate to work in a place with Institutional Courage, backlash is very likely. This will come from your harasser, HR and even your colleagues.

Your harasser is unlikely to roll over and admit they were wrong – although I have seen this. The more seasoned harasser will, in the words of Jennifer Freyd follow the DARVO sequence:

A – Attack. Attack you, by saying you were asking for it, calling you a slut, you were drunk, you’re a liar – the list is endless.

RV – Reverse Victim. The harasser then says he’s the victim. His reputation is ruined. You are costing him his promotion (perhaps to the Supreme Court) or his job.

O – Offender. Now the harasser makes you look like the offender. You have falsely accused her of sexual harassment. You are harassing her by making these accusations. Now HR must act against you.

We’ve seen this play out in very public sexual harassment/assault cases and I’ve seen this in the cases I’ve handled. Unfortunately HR and management falls for it, believes the harasser and doubts the victim. Why? Because if the harasser is senior and has influence over HR, then its an easy way out for them. They will find any excuse not to act against a powerful person.

You become the sacrificial lamb.

Management now retaliates. You could lose your job, or remain working in a place where you have lost credibility. Your promotion prospects are slim. It’s better to leave.

By this stage, you may find your colleagues treating you differently. Despite the rule that sexual harassment reports stay confidential, the rumour mill has made sure everyone knows. You are regarded as a traitor or someone who brought a bad name on the company. You are alienated and eventually leave.

The question I ask every person who has approached me about reporting sexual harassment: Are you prepared to leave?

Because until organisations truly understand how sexual harassment plays out, triggers people (including those in HR) and is manipulated, we are going to see DARVO and Institutional Betrayal play out over and over. Sexual harassment won’t be reduced. Women and those who are more vulnerable (often the minorities) will be edged out of the workplace and their careers will suffer.

If you’re keen to lead the way in changing how workplaces deal with sexual harassment, have a look at our guide here: