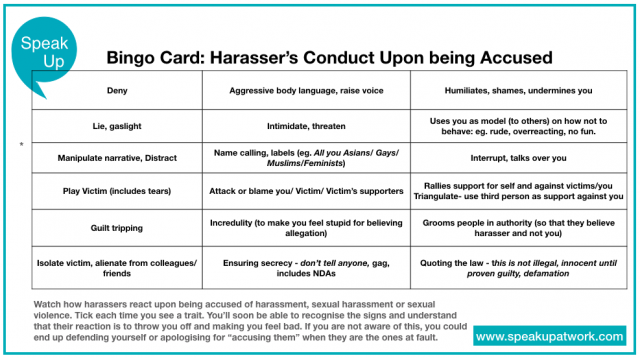 I counted the number of times he played victim, shed tears, interrupted her, pointed his finger at her (as if accusing her), used aggressive body language, denied and sought to change the narrative. 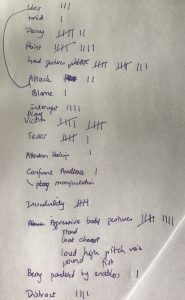 R Kelly’s reaction was classic harasser type action when confronted with his or her wrongful conduct. I’ve conducted workshops where participants watch a role play and identify these traits. Knowing this makes it so much easier – also for HR and management who are often groomed by harassers, so that they will believe the words of a harasser over a victim.

Before I knew it, my observation on LinkedIn was shared quite quickly. So I made a little BINGO Card. Print it and keep it with you. Play Harasser Bingo as you watch famous people accused of sexual assault or harassment on TV or in real life at work. 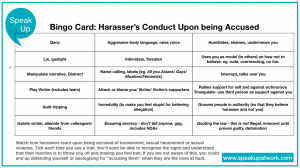