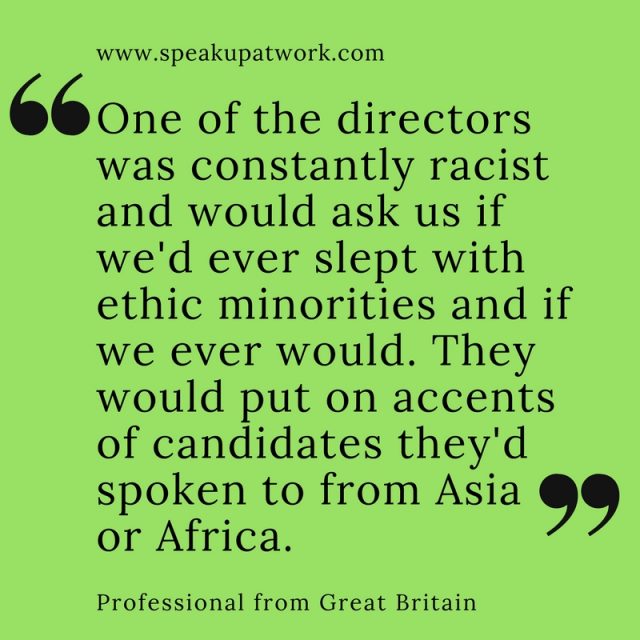 This might be a long one so bear with me.

I worked for a recruitment company a few years ago which was owned by a brother and sister. There were a number of serious HR issues that went on that you just couldn’t speak about.

We had an office where one wall was all glass windows. One of the directors was always cold and insisted we had the heating on. The problem was a couple of us were always boiling because the office was like a greenhouse. We were only allowed the windows open sporadically and it was hell to work in.

This was only the tip of the iceberg as one of the directors was constantly racist and would ask us if we’d ever slept with ethic minorities and if we ever would. They would put on accents of candidates they’d spoken to from Asia or Africa.

Once when a colleague broke her arm and took the day off because she fell over, one of the directors came in and called her a “fat bitch” because she wasn’t available to do her admin.

It was a horror show and not a safe place to work as you were constantly on edge.

Thanks for providing a platform for this kind of thing.

ARE POLICIES WORTH THE PAPER THEY’RE WRITTEN ON?