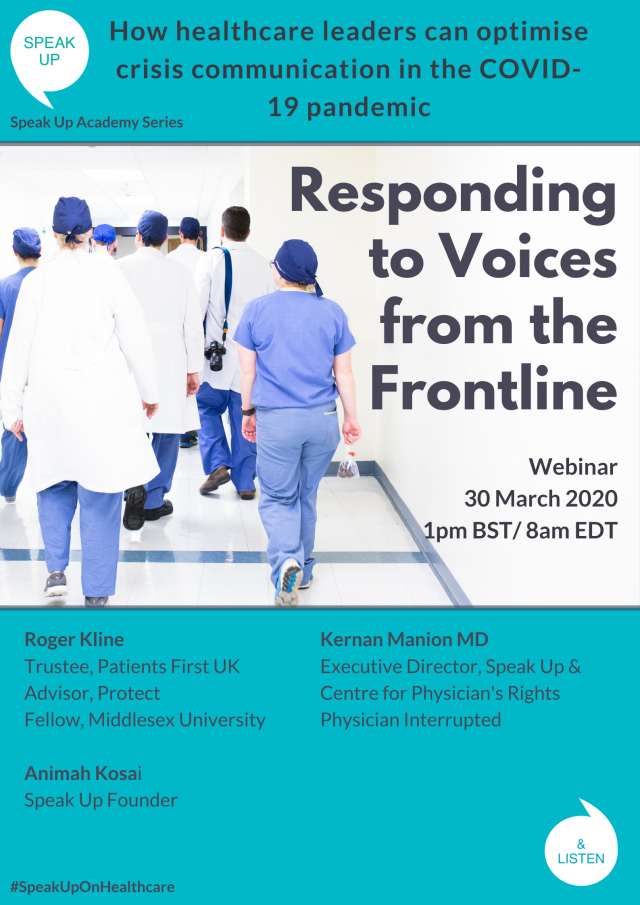 We decided to do this webinar as we were receiving quite a few stories from people working in hospitals who were concerned their voices were not being heard.

Animah invited two experts who have been immersed in healthcare for most of their lives. Roger Kline has been advising various NHS Trusts in the UK specifically around addressing their organisational culture when it comes to raising patient safety issues and racial discrimination. Kernan Manion MD, himself a “casualty” of raising mental health concerns in an American organisation is a retired US physician specialising in adult psychiatry, and coaches physicians facing burn out. Kernan now runs Speak Up Academy – a soon to be launched online platform under Speak Up. More on that later!

Here is a link to the recording.

A long time critic of how the NHS has retaliated against doctors and medical staff who have spoken up, Roger observed how in recent weeks the COVID-19 emergency has forced the government and NHS to listen and respond to staff. He explains “Just Culture” and how management need to listen to their people – their concerns aren’t noise, they are “gold-dust” which need to be captured as ways to improve.

Two nurses from the US joined us in the call – sharing their own stories. Not just the lack of PPE, but how nurses were forced to work without adequate protection or risk losing their jobs. One relayed how a colleague had her N95 mask torn off her face by a manager because “you’re scaring the patients”.

This is the second in our Speak Up Academy Series. 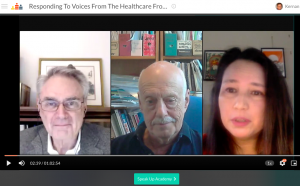