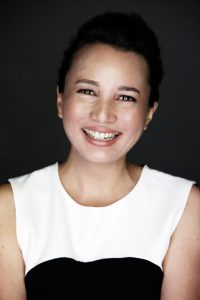 “Late in 2012, during a talk I gave at a conference organised by the UN Development Programme, I asked how many women in the audience had encountered sexual harassment. Two hands went up. When I asked how many had experienced lewd gestures, unwanted touching, uncomfortable sexual remarks, having their cleavage stared at, or sexual e-mails, 70 per cent put their hands up.

I was no different. As a young lawyer, male colleagues would tell me that wearing short skirts would help me win cases. Even though it made me uncomfortable I stayed silent. A senior lawyer once touched my thighs at a function and I did nothing. Other women I knew suffered similar harassment and brushed it off.

Through my work with Surya Women I’ve found that it’s not unusual for any woman to experience sexual harassment at work. We hate it, but we largely suffer in silence. At first I thought this was a Malaysian cultural thing, but a 2013 Huffington Post poll reported that 32 percent of US women are sexually harassed at work, and 70 per cent don’t report it. Many women say they don’t speak up for fear of retaliation, because they think it’s their fault, or because they believe it’s the company culture. They often find it easier to just leave the company. This is precisely why we need clear policies, laws and enforcement to provide safe, empowered spaces, and backing for women who’ve been harassed. When a company sets clear boundaries, men are more likely to tow the line. I found that sometimes, men did not understand that their actions were inappropriate; as long as a woman did not object outright, they felt it was okay.

Larger Malaysian companies generally have sexual harassment policies; those that don’t need to create them. However, this is not enough. The management must enforce the policies at all levels, even against the CEO. Failure to investigate complaints of sexual harassment is an offence.

Some people say I’m too idealistic, but to me this is about protecting dignity in the workplace and ensuring women, like men, can work without fear or anxiety.”

Animah Kosai is a lawyer in the oil and gas industry. She also co-founded Surya Women, a network to support and empower working women, especially those dealing with harassment.

Quoted from an ELLE article on Apr 7, 2014 titled: State of the (Female) Nation: Animah Kosai

KNOW YOUR RIGHTS – SEXUAL HARASSMENT AT THE OFFICE

How The World’s Harvey Weinsteins Deprive Us of Talented Women

Deepwater Horizon: Because Every Dollar Counts