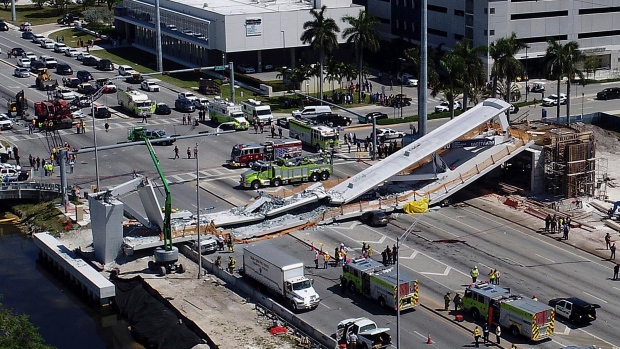 Two days before the Florida pedestrian bridge collapsed, a crack was discovered. An engineer left a voice mail with an officer of the Florida Department of Transport (FDOT) saying,

“Um, so, uh, we’ve taken a look at it and, uh, obviously some repairs or whatever will have to be done but from a safety perspective we don’t see that there’s any issue there so we’re not concerned about it from that perspective although obviously the cracking is not good and something’s going to have to be, ya know, done to repair that.”

Hours before the collapse, a team gathered. The crack was discussed. There was no decision to close traffic under the bridge. Instead they proceeded with a stress test, tightening part of the cables.

Joe Smitha, uncle of Alexa Duran who died under the bridge echoed what many of us asked,

“… they decided to stress-test this bridge while traffic was running underneath it?”

The crack was a red flag. But so was tightening cables which had loosened. Were there approved procedures? If there was a departure from these procedures, was there a clear management of change (MOC) process with the right sign-offs?

Certainly NOT: proceed until we prove it’s unsafe.

The very first mantra must be to protect human life. We are humans, we owe it to protect other humans first, not the company who employs us.

When human lives are a priority, our decision making changes.

Close the road first, ensure no one, including our people are close to the bridge until we fully understand the reason for the crack and can confirm it’s safe.

Decisions made around the Florida Bridge collapse mirror the Challenger O-ring decision.

When temperatures dropped days before the Challenger launch, engineers raised the possibility that the o-ring seal might crack in freezing conditions. Under pressure from the widely publicised launch schedule, NASA challenged them to show evidence of o-rings failing to seal. As there was little data of these o-rings under such conditions, they could not come up with the evidence that it was unsafe. Similarly they didn’t have data to show that it was safe – but that wasn’t the question asked. As they could not prove it was unsafe, NASA was unconvinced and went ahead with the launch. 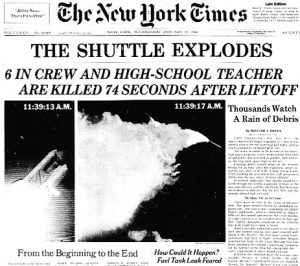 The engineers wept when their worst fears were realised.

This is where mindset change is important

Of course, closing the road under the Florida bridge would be cumbersome. Drivers would complain, there would be jams, a commute might increase by five or ten minutes. FDOT was part of the team that met that fateful morning and could easily have said, ok guys, to be on the safe side, we will close the road.

That’s a daunting decision to make knowing your department will be flooded with calls from irate drivers.

Would you make that call?

Compare the decision making of INEOS upon discovering  a 105mm crack (4 inches) in an oil pipeline south of Aberdeen. To repair the crack, they shut down a 235 mile pipeline which transports 450,000 barrels of oil a day from 85 oil fields, 10% of the UK’s oil supply. The shutdown lasted 2-3 weeks. It affected the  UK’s 2017 industry output by 1.5% and impacted revenues of Shell, Total, Apache and BP. 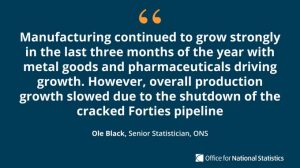 Yet no one quibbled. No one blamed INEOS (who incidentally had just taken over the pipeline from BP).

Because it was the right thing to do. The area was cordoned off and a few homes evacuated while repairs were carried out.

You shutdown first and ask questions later. No matter how high the commercial impact and the inconvenience.

But in the Gulf of Mexico

This hesitation to shut down was apparent as fire engulfed the Deepwater Horizon in the Gulf of Mexico in 2010. The rig crew knew that they had to cut off the well which was spewing out gas that fed the fire. This would release the rig to sail away from the well. Yet cutting off the well would cost BP millions to go back and reconnect it. BP had spent over $120 million, way over budget. This well connected to Tiber, one of the largest oil reservoirs estimated at 500 million barrels.

The crew worked for Transocean and BP was their client. Imagine being that one person who dares press the button. No wonder they felt they did not have the authority, and waited for the offshore installation manager, Jimmy Harrell. Being injured, he took a while to get to the bridge.

Steve Bertone was still at his station on the bridge and he noticed Christopher Pleasant, one of the subsea engineers, standing next to the panel with the emergency disconnect switch (EDS) to the blowout preventer.

Bertone hollered to Pleasant: “Have you EDSed?”

Somebody on the bridge yelled, “He cannot EDS without the OIM’s [offshore installation manager’s] approval.”

Harrell, still dazed, somewhat blinded and deafened, had also made it to the bridge, as had BP’s Vidrine. With the rig still “latched” to the Macondo well, Harrell was in charge. Bertone yelled, “Can we EDS?” and Harrell yelled back, “Yes, EDS, EDS.”

Pleasant opened the clear door covering the panel and pushed the button. Bertone: “I need confirmation that we have EDSed.”

Bertone: “Chris, I need confirmation again. Have we EDSed?”

Bertone: “Chris, I have to be certain. Have we EDSed?” Pleasant: “Yes.” He pointed to a light in the panel.

Unfortunately when they did EDS, the sheer rams failed, but that’s another story.

I read this out at a talk I gave to the Malaysian Oil and Gas Service Providers Council. When I finished I looked at my audience. Pale faces and pin drop silence. We all knew that anyone should be able to press the button. Any person, even a roustabout should have a Stop Work Authority. Yet…

I’ve often asked, why did no one else dare press the button?

Red Button Image: Volkswagen has a brilliant campaign showing a series of villains pushing buttons with maniacal laughter to showcase the Volkswagen Golf’s new button technology. An irony I’ve always thought, given no one in Volkswagen pushed the STOP button on their diesel cheat device. The video is here.

US law does not protect offshore Oil and gas workers against retaliation for raising safety issues, unlike their counterparts in the North Sea and elsewhere.

When I first wrote about Deepwater Horizon, a rig worker wrote to me and said that the crew put up a big sign next to the EDS button on his rig – reminding workers of the rig day rate (typically hundreds of thousands) and the danger of upsetting the client. Who would want to explain to the client why you just shut off their well?

Yes, most operators would have a Stop Work Authority but this didn’t translate to workers on the rig. If the operator fired their company for wrongly shutting a well, they’d be out of a job.

One person who dared defy authority, even going against a prime minister, was later hailed as a hero.

Masao Yoshida, manager at the Fukushima nuclear power plant carried on pumping sea water to cool the reactors despite his Tepco bosses ordering him to stop. They were concerned about the  sea water damaging the reactors. If he had obeyed them, the reactors may have exploded with catastrophic consequences. 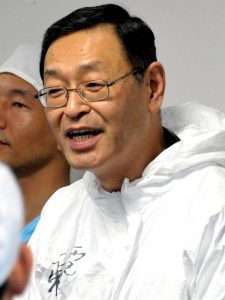 The Japanese Prime Minister at the time of the disaster, Naoto Kan said upon Yoshida’s death:

“I bow deeply out of respect for his leadership and decisiveness.”

Why People don’t Speak Up

Did anyone at that meeting by the bridge think, perhaps tensioning the bridge with traffic running under it is not such a good idea. Did anyone have a nagging feeling, yet stay silent?

I’ve led Speak Up Circles and one question we ask is:

What stops you speaking up?

Here are some answers:

“This is not my area, who am I to question the expert?”

“I’m new in this project and the seniors don’t like me questioning them, especially in front of other people.”

“If it was a problem, someone else would have spoken up.”

“I might be wrong and look stupid if I say something.”

“I don’t want to be the troublemaker.”

“He gets real upset whenever someone questions him.”

“The last guy who spoke up got the sack.”

Management needs to understand these simple yet far reaching reasons can have a catastrophic effect. It goes back to the human lives mantra. Open the conversation, “if anyone has any doubts, speak up and we will listen. It doesn’t matter if you don’t have experience, we are listening to you, your opinion counts.”

By empowering our people to speak up, we could save lives.

You DARE Speak Up to Power?