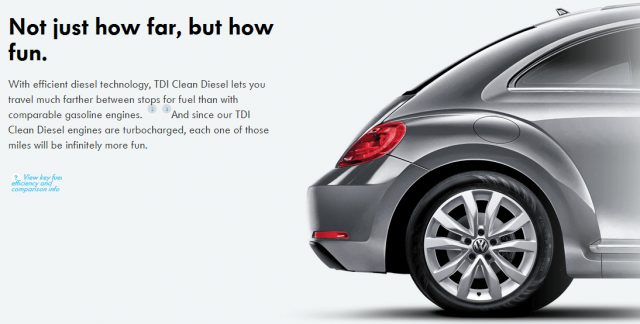 Benjamin Franklin once said, “Three may keep a secret, if two of them are dead.”

Franklin had no idea of the years that would follow, that the government he began would become the master of secrets. That governments and corporations created for profit would hold sway over secrets for decades protected by confidentiality, secrecy and security laws.

That yes, it is possible to hide a wrongdoing for years.

Every organisation has an elephant looming large in their meeting rooms. Hushed whispers in the corridors.

E-mails flying around, what do we tell the regulator, unaware that one day that the regulator might just read those e-mails. Even in German. “We just need a plausible explanation…”, “we need a story for the situation!”, “The key word “creativity” would be helpful here” and “we still have no good explanations!!!!!” Yes, there were five exclamation marks. I counted.

Volkswagen had a huge secret hidden away in code in a device designed to cheat the regulators on nitrogen oxide emission levels from diesel engines. The architect, James Liang was incredibly clever. Confident that the code would never be cracked. In its 10 years it never was. What cracked were the Volkswagen engineers, under huge pressure from the California Air Resources Board, as they ran out of creative lies.

James Liang was indicted in June and pleaded guilty to fraud in September this year.

He is still an employee of Volkswagen and is currently helping the investigators who are seeking to ascertain how far this fraud had gone, who else was implicated and most importantly, was ex CEO Martin Winterkorn intentionally concealing the fraud from the authorities? We will know in the next few months.

Volkswagen have not fired Liang. That in itself is telling. Liang did not cheat for himself. He did it for the company.

For a long time Volkswagen held the vision of being the largest car manufacturer of the world. This was the German’s “People’s Car”. To do this they had to go big in the US. The problem though was that their dream affordable and fuel efficient cars were diesel and the US wasn’t that big on diesel. Instead of considering other engines as the Japanese had done, they doggedly stuck to diesel. It was for America to discover German engineering rather than Volkswagen adapt to America (which the Japanese had done so well). Unfortunately on the start of their journey, the US changed their regulations which in California’s case, reduced NO2 emissions by 94%.

Volkswagen told their design team, make sure our engine is compliant. They weren’t open to feedback that this was an impossible task. Rather than tell management and risk getting replaced by engineers who would surely say yes, the engineers led by Liang, focused instead on how emissions lab testing was done.

There is a lot of speculation as to why the team did this. Did they understand that this was completely wrong, or did they rationalise their decision? After all Germany was regarded as the leading environmental change agent in the Western World. The US on the other hand, still held the top position in greenhouse gas emissions. This could have felt incredibly hypocritical to the team.

Bonuses in Volkswagen were primarily team based. If they could make that KPI, they would get a windfall. The entire Volkswagen Group with 600,000 employees were depending on them. Imagine the champagne, the spotlight from the Boards, the promotions.

Over time the secret broke out into wider groups. The software supplier found out as cars in the US faced problems while under warranty. The software was upgraded six times and tightly controlled by Volkswagen so that outsiders would not find out the problem.

Insiders tried whistleblowing within the organisation. Nothing happened.

By 2014, a full year and a half before Volkswagen confessed to CARB, evidence suggests Winterkorn (and with that, other senior officers) were aware. A US law firm, Jones Day, was hired to ascertain the exposure. With in-house Legal and the engineers having examined the case, senior management was informed that the financial penalties could be absorbed. By this time, the secret had grown from a small team to what must be hundreds if not thousands by now.

But they still kept it in the Volkswagen family. And it is this, rather than the original fraud that damns the entire Volkswagen management and its Boards. It is not unusual for organisations to have rogue employees who do wrong. An organisation with integrity would investigate, take action and come clean. Inner reflection is hard but critical. What message does the company board and management send to its people which makes them cheat or cut corners? If a company upholds safety but puts strong KPIs on its people to optimise costs, what do you think will happen?

Next, let’s take a look at BP and what was behind the Macondo blow-out.

What do I do When a Sexual Harassment Scandal Breaks Out at Work?

The Loyal Engineer who got sent to Jail