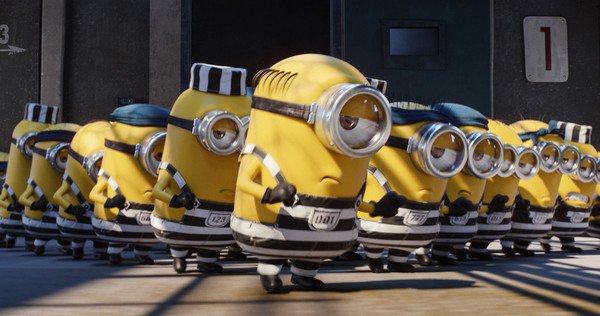 “Will I go to jail?” a director would jokingly ask me whenever I gave my compliance talks.

I used to brush it off with a laugh.

Really, I wanted to say, yes. But in those days, it was hard to connect a director with actual wrongdoing further down the line.

Then the world changed.

Smart business leaders would lose their memory or would seem clueless at the appalling fraud/cheating/bribery/safety violations (take your pick) taking place below them.

“I am not aware of any wrongdoing on my part”

“It looks wrong, so it shouldn’t be done,”

For years we charged the minions. A simple google search indeed proved there are many minions in jail.

For as long as we hustled the minions, nothing changed.

A joint expose by ITV and The Guardian in September, showed horrifying practices at a 2 Sisters factory. Workers were scooping up chicken meat from the floor and packing them. Workers were changing the kill date labels on packs to later dates.

Seriously – why would an assembly line worker decide it was a good idea to change kill date labels?

The reports say workers were instructed by supervisors, though no supervisor has been charged.

Now why would supervisors want to change labels, again knowing of the severe health repercussions?

I’m going to hazard a guess here. What if the produce didn’t leave the factory fast enough, making them unsellable. This would reflect on the numbers. So hey, what’s wrong by changing a few stickers. At least we meet the factory KPIs. Bonus intact. I welcome input by those in the food retail line. Tell me if I’m right, wrong, or close.

Do KPIs lead to Fraud?

BP executives were under severe pressure being 45 days behind schedule and $58 million over budget when they made the fatal decision to complete the well, despite the pressure anomalies. I’ve written about this at length here.

Wells Fargo bank officers were compelled to open eight new accounts per customer. They ended up opening accounts without customers’ consent. People who whistle-blew got fired.

“We never directed nor wanted our employees, whom we refer to as team members, to provide products and services to customers they did not want or need.”

Volkswagen engineers designed software to cheat test conditions so that they could meet US air emission regulations in order to capture the US car market.

When companies set unrealistic targets and promise the markets that they will deliver, they put severe strain on their workforce. Employees have three options:

BP, Wells Fargo, Volkswagen – Not a single CEO or C-Suite executive has been charged. The law often requires intention and it is hard to prove the mind of a CEO who was not directly involved in wrongdoing.

Your definition of accountable is to push the blame to your low level employees who don’t have the money for a fancy PR firm to defend themselves. It’s gutless leadership

After a contact described how a charismatic business leader was kept in the dark about wrongdoing, for his own protection, I’ve coined the term “Oblivious Protection”. I could picture a wall of lawyers surrounding the boss – the less he knows, the better. Sacrifice the underlings. After all, if the big boss went down, so would the share price and everyone’s bonus.

What are the bishops and the knight hiding from the king? Peter Newell’s illustration of Alice Through the Looking Glass

Right now The Weinstein Company Board must be having sleepless nights. Did they, or did they not know about Weinstein’s sexual assaults?

Enforcement agencies have had enough

In 2015, the US Department of Justice issued the Yates Memo announcing that it would pursue individuals within corporations. This came at the time Volkswagen Dieselgate blew open. While a number of senior engineers were charged, the word is still out on whether individuals as senior as ex CEO Winterkorn will be charged.

My question is – why would an engineer decide to design cheat software unless the environment he was in compelled him to do so?

At what point did Martin Winterkorn find out about the fraud? How complicit was he and senior management in creating an environment where engineers could not openly admit that designing diesel car engines to meet US emission standards within the affordable car price was impossible?

The UK gets tough too

In 2016, three of Tesco’s ex top guns were charged with fraud: the managing director, finance director and commercial director for food. The Serious Fraud Office lawyer states that they were “cooking to books” by manipulating financial statements to mislead the stock market that profits were higher than they actually were. The trial shows a culture of bullyingwhere finance officers were compelled to falsify revenue figures. The trial is ongoing.

In corporate malfesance, often the crime is not directly committed by top executives. Rather, they are committed by people below them who would have little personal benefit other than keeping their job. They are aware what they are doing is wrong but failure to obey a command could result in – a poor performance rating, no promotion or even termination. If they were to whistleblow, they are likely to be fired. Wells Fargo is a case in point.

What would you do?

If your supervisor instructs you to do something wrong, say, falsify revenue figures or open bank accounts without the customer’s knowledge do you:

What pressure would you have to be under for you to cave in and do wrong?

What courage and support would you need to resist wrongdoing and report it?

Doing no. 1 will send you to jail if you’re found out. Number 4, perhaps, but you have mitigation.

If you were a director or a CEO, what type of employee would you want in your company. What message are you sending to the employees?

Meet the targets at all cost!

I don’t want any bad news!

Then you wonder why no one tells you anything.

Don’t come to me with a problem unless you have a solution.

Sometimes there are no solutions. Sometimes – like Wells Fargo, BP, Volkswagen, Tesco – those targets are impossible and you should not have promised them to shareholders.

Because one day, the authorities will come knocking at your door. Hang on, they don’t knock. It’s a dawn raid where they raid you, your accountants, your bankers and associates at the same time. By the time they’ve done this, they’ve already identified the individuals they’re after and nowadays – yes, it’s the top guns.

Even if the prosecution can’t find clear evidence on you, your name would be trending on twitter, your bowed head mumbling “I can’t recall” when grilled by senators or parliamentarians. Your wife might even publicly announce she’s leaving you – ok, that’s uniquely Hollywood. The public shame can be worse than convictions.

As a ex colleague used to say, “if you don’t want what you did on the cover of the International Herald Tribune, don’t do it.” It’s not jail, it’s shame.

What do I do When a Sexual Harassment Scandal Breaks Out at Work?

Women, We Need You to Make the World Safe

Women at Work, Speak Up!