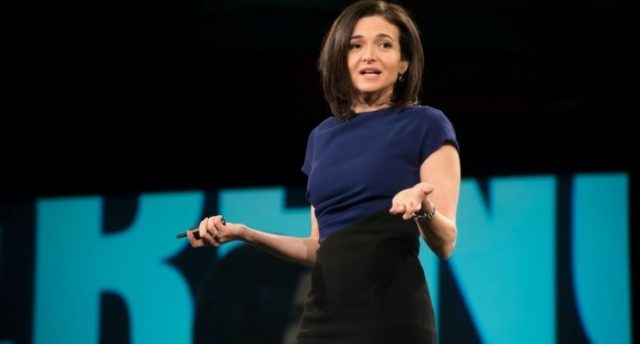 Are you one of those who take pride in your work and consistently deliver quality work on time? You put in long hours. Pay attention to detail. You’re a great team player and supporter. You’re fantastic in a crisis. Your boss depends on you as you pick up the pieces others dropped. In fact, you think your boss can’t live without you.

You are a master fixer. The photocopier is out of paper. You load the paper. The format of the powerpoint slides have gone haywire. You reformat the slides. The client is blaming the team for over-billing. You are immediately on the phone to calm them down and re-do the invoice.

No one can do your job as well as you. So guess what, after 10 years, you are still there. You can do other people’s jobs too when they miss the mark. Then they take the credit and get promoted. But that’s ok, you live to serve others.

Did I say you’re a woman?

I didn’t need to. Men rarely behave this way. When it comes to self-promotion and getting ahead, men are pros.

You wait for your boss to put in a good word. Surely someone will notice you.

Well I have some news for you. This is not a fair world. Your accomplishments don’t speak for themselves and your bosses are too busy focusing on themselves and their bosses to think about your career progression. If you make them look good, they will keep you where you are.

The only person who can promote you is …. Drum roll…. YOU.

Now this goes against everything you’ve been taught. As girls at school and at home, we were taught to be polite, wait our turn, raise our hands when we wanted to speak and only speak when we were noticed and given permission.

Only speak when we were noticed and given permission

You know that boy who pushed his way around and would shout out in class when it wasn’t his turn? Well, he is CEO now. Where are you?

So what do you do?

In an important meeting, where do you normally sit? At the table? At the head of the table? On one of the chairs at the back of the room?

Many women gravitate to the back because it’s safe. The wall is behind them. They can huddle with their friends and exchange hushed whispers about the people at the table. They can pass judgment on the sheer brazenness of the women who dare sit at the table.

Sounds fun. But this is the signal you are sending the decision makers:

In your mind, you don’t sit at the table because:

No one notices a hidden diamond when it stays hidden

You may sometimes be invited to sessions where the big bosses are around. Go up and say hello to them. Tell them who you are. Think of an opening line in advance so that you will be less nervous. The first time I met the Schlumberger CEO as a member of the legal team, I had a sizeable baby bump. That naturally became our topic of conversation and yet I still had a work angle. I told him I was convinced that my baby would know all about EOR (Enhanced Oil Recovery) as I had been negotiating a major deal day and night. This way he would remember me for what I did for the company, rather than the fact that I was pregnant (ok, that was an added bonus).

Was I nervous? Hell yeah.

You can tell someone who knows the big bosses beforehand to arrange introductions. At the function, go bug this person to make sure it happens.

Do people take you seriously when you speak? Have you found yourself tentatively putting forward an idea to confused faces only to have that idea pounced upon by your colleague? He presents your idea and everyone gushes, “what a fantastic idea, John!”

I remember that happening to me in a space of two minutes. The boss praised John (not his real name) for his brilliant idea, I could have said, “thank you John for agreeing to my idea,” except I was too busy seething to think of it. In my chair, mentally I left the meeting, and went into my old story of why does no one listen to me and why do men keep taking credit for what I say?

I don’t know any woman who has not experienced this.

Why does no one listen to me?

So what went wrong? How did people hear John but not me?

Here’s a tip. Listen to how women talk in meetings. Some junior men do too.

Can you spot the word crutches?

These opening words can preface the most brilliant ideas. But who’s listening? You just told your audience that you’re not worth listening to.

So how are people taken seriously?

First – they don’t ask for permission to say something or begin it with qualifiers. They come out straight and say it.

Second – watch how they say it. With confidence. With conviction. They don’t ramble and they certainly don’t apologise. They frame their sentences clearly and concisely. They could be making something up but you’d believe it anyway. One of my former bosses was brilliant at this. I would whisper something to him and then he would proclaim it to clients with the utmost confidence. They would lap it up. I eventually learnt the same technique – as my team very well know.

My boss would tell me, “Animah, dazzle them with your brilliance”. Being the obedient rookie lawyer, I took what tiny little spark I had and dazzled them. If I could make them listen in the first 10 minutes, they would listen. I would be heard.

Dazzle them with your Brilliance!

You might say, well it’s easy for you, you’re a lawyer. Not true. I have seen young female lawyers shut up by their male partners in front of clients. And they obediently clam up, despite me encouraging them to speak up.

Get with another female colleague and agree to watch each other for word crutches. It may take some practice, but as you become more aware of what you say and how you say it, you will notice the change. People around you start taking you seriously.

Once you have become visible, and you learn to be heard, what do you say?

What do you want to say?

What are you so passionate about in the workplace that you want to see happen?

Sheryl Sandberg recounted a story of when she was heavily pregnant in Google. She was the most senior women at the time. She would park and exhaust herself with the long walk through the parking lot into the building every day. Each night she would moan about this to her husband. He said, why don’t you ask for reserved parking for pregnant women. She had not thought about this and asked Larry Page for parking lots. He said, of course! Google now has parking for pregnant women close to the entrance.

Having read this, I spoke up in my workplace and asked for parking for people with walking difficulties (which covered pregnant women and others) and a really nice nursing room for mothers. We have it. The men weren’t going to think of this for us. We have to Speak Up.

Speak up for your own career progression. Show your management how you can contribute. When an exciting assignment becomes available, say, I’m ready!

You know what to say. You have wanted to Speak Up your whole life.

Be Seen, Be Heard and Speak Up.

Animah Kosai advocates Speaking Up in the workplace. She will share more tips on Speaking Up at the Conference on Leadership Simplified 2017 at the Sheraton Imperial, Kuala Lumpur on 21 March 2017. Follow Animah on LinkedIn.

Won’t You Shake My Hand?