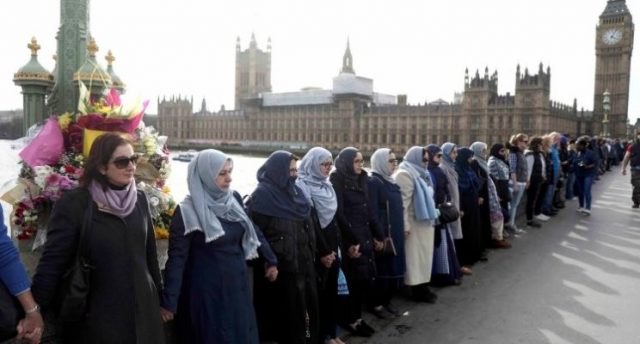 “My true freedom is to go home. If my country is safe, I want to go home”.

A Syrian teen stood on a stage in the Banquet Hall of the Malaysian Parliament yesterday (April 7, 2017).

A young girl came forward. “I am Iraqi but I was born in Syria”. She had never seen her homeland.

They had woken up to the news of US air strikes on Syria.

I was at a Commonwealth Women Parliamentarians Seminar on “Women and Development: Bridging the Gap” to moderate a session on sexism, harassment and domestic violence against women and children.

It struck me that in a world of chaos and uncertainty, humanity’s need to feel safe is even more urgent. Who has the power and natural ability to bring back safety?

By nature we are nurturing and compassionate. Two incredible attributes which are missing in the echelons of power. We need to be side by side with men so that key decisions are made after robust challenge and deep reflection. How many decisions are made in the world today which take into account compassion and future generations?

When did you pause and use these attributes in the workplace?

Don’t get me wrong, male attributes are good and necessary but there must be a balance. When male dominates, we are off centre.

The world is yang-driven. To fit in, women feel they need to abandon the gentler attributes for the masculine in order to be heard and seen. Women like me have no problem fitting in and “being a man”. But most women don’t and they are told it is wrong to be so.

Women who are more in-tune with themselves feel a reluctance to charge into male dominated environments – i.e. business and politics. They are at risk of losing a core part of themselves. When I am at my most assertive, I look at me and don’t like myself very much. Yet I carry on, knowing there is something bigger.

Stepping up and claiming our rightful place in leading the world alongside men.

Women hold up half the sky. Humankind needs both to survive. You see this in religious scriptures and cultural beliefs. Yin and Yang. Light and Dark. Male and Female.

Today, women are not holding half the sky. They may be rocking the cradle, but they are not rocking the world. Our beautiful blue sky is blotted with fighter jets and killer drones. We are on shaky ground.

It is a tragedy that we are missing half of the world population and their incredible talents when it comes to key decisions that impact the world. If these top government decision makers represent the ratio of the population, would we be firing missiles in other countries? Women may question the need for war. Women are more likely to remember children in other countries who are killed, lose their homes and families, who are permanently traumatised from the violence.

Decision makers around the world are primarily men. In Malaysia, only 10% of the House of Representatives are women. We are ranked no 126 out of 190 national legislatures (April 2017). That’s pathetic.

Would a more equal representation, raise the level of parliamentary discourse? A friend sent me a video of the chaos that broke out in the Malaysian Parliament on Thursday after a controversial bill. Another friend asked:

“I wonder if we had more women MP’s creating legislation, leading debates, as speaker of the house, heading our government etc, would the conduct of members of parliament continue in the manner that we see today…?”

Malaysian MP Kashthuriraani Patto spoke passionately yesterday about the dire need to amend the Domestic Violence Act to give further protection for survivors. The Amendment Bill was deferred by the Speaker from this week to July, the next Parliamentary sitting. We pushed the GST laws through so quickly she said, but when it comes to laws protecting women and children, the sense of urgency isn’t there. She posed a similar question: if we had more women in Parliament, would the Speaker have so easily made that decision?

Only 3 out of 32 Cabinet ministers are women. Again, 10%. One of the sessions yesterday looked at the low representation of women in parliament. Several parties claimed that their party fields 30% women candidates in elections. An academician who studies gender and politics told me privately later that a number of these parties place the women in “un-winnable seats”. She also shared that the majority conservative Muslim state of Terengganu had zero women representation because the women themselves would not vote women. 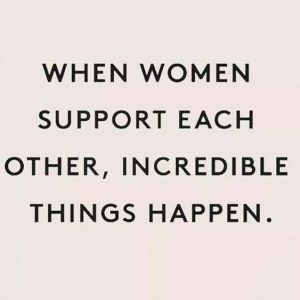 It is precisely the gender discourse that is dominating the Malaysian airwaves that make the majority of women feel “less than men” when it comes to leadership. When top female athletes are harassed on the basis their sports attire shows too much body or even “hijabbed” top female students are harassed for being beautiful and wearing make up, the message is to women and girls is: Don’t Shine because we will troll and taunt you. How many women can take this?

When male MPs show appalling sexist and misogynistic behaviour, like the recent MP likening a 9 year old girl’s body to that of a 18 year old and saying it is ok to marry your rapist (he subsequently states he was misquoted and really meant statutory rape – which in itself reveals how little understanding he has of child sex abuse and minor’s “consent”), how many women are going to feel safe entering the political fray and having to fight these entrenched beliefs? Kudos to our brave 23 women MPs.

The charismatic Nurul Izzah Anwar shared her internal conflict in entering politics. The 2008 elections took place just after she had given birth to her daughter. Her own father, the jailed and de facto opposition leader Anwar Ibrahim, had barely been around as she grew up. She wanted nothing more than stay home and be with her small baby. Yet there was this inner yearning. She spoke to her ustaz (religious mentor) and asked for his advice. He said:

Data compiled by Inter-Parliamentary Union as at 1 March 2017. I focused on the lower houses only being the elected representatives. Some countries have only one house.

If we take the five permanent members of the UN Security Council (US, China, Russia, UK and France), the average of women represented in the national legislatures is 23%. Add in the 10 non permanent members, and it rises slightly to 27%. As you can see, women have very little say in international conflict.

It is well worth examining the top 10 countries (Rwanda, Bolivia, Cuba, Iceland, Nicaragua, Sweden, Senegal, Mexico, South Africa and Finland – from 42 to 63%) to see what makes women feel safe to enter politics. Are there mandatory quotas, are they more egalitarian, is patriarchy, the “old boy’s club” and sexism reduced in their culture? Are there strong female role models? Less gender stereotyping, particularly in the media and retail? 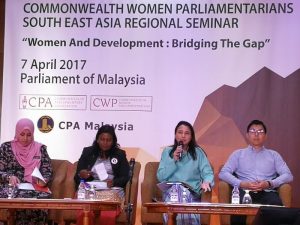 As I pondered on the topic I was to moderate, I realised it was “sexism, harassment and domestic violence” that kept many women from rising. I have been an advocate against sexual harassment for over 10 years now, and I have seen the anxiety and pain survivors go through. I have seen the most confident of women begin to doubt themselves, lose it and choose to play small. I have seen many women who don’t think they could ever be a leader and chose to hide and keep quiet in meetings. They think that by doing keeping their head down and work hard, they will be noticed and promoted. It doesn’t work that way.

Many men have asked me why women who are sexually harassed don’t come forward. If they don’t complain, it must be ok, they say. The problem with us women, is that we are taught to be stoic, patient. It is ok to suffer. It is our lot. So rather than get “a man into trouble”, we keep quiet. It doesn’t help in our victim blaming culture. Women are told what not to wear, where not to go, and what time to come back, in order to avoid sexual assault. We are not telling men to respect women and not to assault them.

Whilst men can be sexually harassed and suffer domestic violence too, it’s still largely a woman problem. Datuk Mas Ermieyati Samsudin (MP and a Deputy Minister) informed during yesterday’s panel that 74% of victims of domestic violence are women.

We need these laws in place, and fast: the amendments to the Domestic Violence Act, a Sexual Harassment Act, laws against stalking and protection against cyber harassment which has become increasingly rampant towards women on Twitter.

It’s as if once a woman dares to speak up, she has to deal with abuse, threats (in the case of my friend Azira Aziz, this included rape threats) and humiliation. It takes an incredibly strong person to withstand the emotional effects and not cave into fear, anxiety and depression. When other women witness the public threats, they retreat and stay quiet where it is safe. Malaysia, the world, we are denied the beautiful shine of these women.

Women who are needed to bring back balance to our world. So that one day, Syrian children can return home.