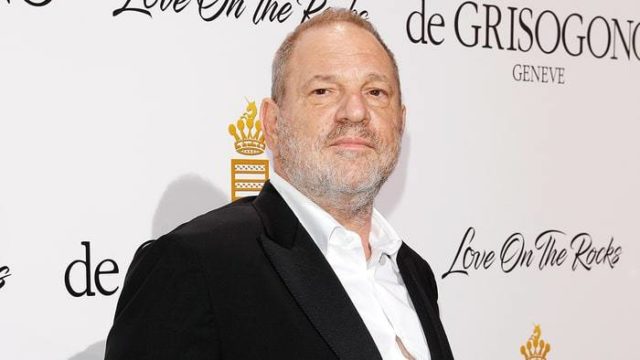 For 20 years, Ashley Judd’s allegations against an unnamed movie producer were going nowhere. As long as his identity was an open secret, it was like Hollywood – unreal.

Women in entertainment felt validated. The outing of Harvey Weinstein confirmed that the industry’s acceptance of sexual coercion and pushing women beyond their safe boundaries was wrong. No more, this is the way the movie business is, Sweetheart.

Ashley Judd and Lauren O’Connor have given women a little more confidence to say NO. I say “little” because our psyche to obey for survival is deep. It takes many Susan Fowlers and Ashley Judds throughout the world for us to understand self empowerment.

From unquestioningly obeying our parents and teachers as children, we grow up to join workplaces with dominating bosses who can bully and humiliate us. When we complain to peers, we are told, this is the way it is. I call this workplace gaslighting. Abuse of another human is never acceptable, in any industry.

When we collectively obey another, we give them power over us. It takes a very brave person to step away and call out the behaviour for what it is.

Harvey Weinstein wielded great power over the women he harassed. He could give them big roles or cast them into the wilderness, left to wait on tables. Who would dare name him openly?

Power dynamics plays a huge role in harassment and other forms of wrongdoing.

Image from the New York Times

In Weinstein’s case, each woman was painfully aware that even if she did speak up, nothing would change. Not until the tide began to turn as they watched other powerful men fall due to sexual harassment.

Dare You Speak Up?

If a person has power over something you want, you don’t speak up.

Dave McClure of 500 Startups had power over whether Cheryl Yeoh (pictured) and other women would get the funding they needed. Cheryl did not speak up when Dave McClure sexually assaulted her. The deal was too important for the government incubator programme she was leading.

When some Malaysian male human rights lawyers derided a lawyers’ women empowerment conference as sexist, women’s NGOs dared not speak back as they relied on them for pro bono cases.

My friend, Elaine, told me recently of an incident in a park.

“I overheard a cop responding to a young female fruit seller (when she asked which fruit he wanted). “K alau boleh, abang nak cium aje!!” (If I could, I just want to kiss you) To top it off with a perverted look. Disgusting!”

Neither Elaine nor the fruit seller could say anything. The police officer could have confiscated her stall. It was better to stay silent. Can you imagine how many sexist remarks a young female street vendor puts up with everyday in silence so as not to upset her customers?

Notice something? These are all women harassed by men. I’ve been accused, by men as being one sided. So I’m going to point out something very important here. This is about power. For millennia, men have had power over women. This is only recently shifting. For as long as we buy into “obey your husband” and “stand by your man”, in a world where men hold power in politics and business, this imbalance will remain.

Of course men are harassed. Even the police. The FBI head could not tell the President directly that he was interfering in investigations. James Comey was sacked anyway.

You Speak but no one Believes You

What is worse than being violated? That no one will hear you, you are not believed. Just watch Liar and see how angry English teacher Joanne Froggatt gets, because no one, not even the viewers, will believe that handsome nice surgeon, Ioan Gruffudd could rape her.

Because humans are wired for survival, people you inform would rather question you than act on the unsettling belief that you could be right. You see this in religious institutions, sports, academies – where priests, coaches, teachers have power over their young students. For the longest time, parents would believe priests rather than their molested young sons. I know a woman whose younger sister was molested by her uncle when they were small. The older sister told her mother who yelled at her for lying.

The denial is deep. BBC in The Gap Year Paedophile shows how church leaders could not accept that Richard Huckle had groomed and raped young children under their care. Richard Huckle was convicted of 71 offences including rape against children as young as 6 months old.

“The thing about this story is, the whole city was complicit. It wasn’t just the police and church: it was police, church, legislative branch, the Globe. Everybody at some point looked the other way.”

Try telling the Human Resources department that the CEO sexually harassed you. They are helpless but can’t admit that. Easier to grill you or advise that you work far away from him rather than do their job. HR want to keep their jobs too. I’ve seen an ineptly handled case that has dragged on for months, by which time it’s risen to the level of an open secret. There is a part of me that wishes she goes to the media for it to become real.

Except that the media is beholden to power too.

When the Media Buries Stories

The New York Times tells of the complicity of the media in not covering the Weinstein story, after all who wanted to upset Weinstein?

“But until now, no journalistic outfit had been able, or perhaps willing, to nail the details and hit publish.”

Is it any wonder that some feel pushed to tell their stories on social media? Susan Fowler and Cheryl Yeoh did exactly that. Once their blogs went viral, they got media attention.

Cristina Balan (pictured), an ex Tesla engineer has told me her frustration in getting her stories out about Tesla and instead publishes them on her blog. Elon Musk has become such a charismatic personality. Very few media outlets, other than The Guardian and The Wall Street Journal seem to publish the deeper problems at Tesla.

To be fair, some journalists are willing to publish but their sources back out.

Ms. Masters [Kim Masters of The Hollywood Reporter] had been chasing the Weinstein story for years. She said she had gotten near “the end zone” once, only to bump up against the ultimate silencer: fear.

“At the last minute, the source withdrew,” she told me.

We need a combination of brave “whistleblowers”, journalists and media owners for stories to break and action to happen. Following a media expose, comes the public outcry and more victims emerge.

This forces authorities to act: the police against Bill Cosby, royal inquiries; and the companies. BBC, Fox, Uber. Fox News fired its top news host Bill O’Reilly and Uber’s CEO Travis Kalanick was forced to resign. Fox News was losing advertisers and Uber, its customers. Public pressure really makes a difference. But people need to speak up for the public to know.

The public are not always supportive and can tear whistleblowers apart.

In sharing her story with Vanity Fair, Ashley Judd said:

He physically lured me by saying, “Oh, help me pick out what I’m going to wear.” There was a lot that happened between the point of entry and the bargaining. There was this whole process of bargaining—“Come do this, come do this, come do this.” And I would say, “No, no, no.” I have a feeling if this is online and people have the opportunity to post comments, a lot of the people will say, “Why didn’t you leave the room?”, which is victim-blaming. When I kept saying no to everything, there was a huge asymmetry of power and control in that room.

Speaking up to power is frightening and the personal cost is immense. We should applaud those who do rather than tearing them apart. They need our support, even if it is something as simple as telling them on Twitter – it counters the hate tweets.

Understand why women are often silent about sexual harassment. It is time we spoke up. For the world – if no one knows, it didn’t happen.

If you want to learn more about sexual harassment at the workplace, read on.

When I gave public talks on sexual harassment this year, I received many personal stories of people sexually harassed at work. There was one common thread. HR let them down. Some were told that they couldn’t do anything without evidence. There is rarely evidence of sexual harassment. Others gave the perpetrators a little chat which undermined the seriousness of the harassment.

When the allegation is against the big boss, HR’s hands are tied. There needs to be a bypass when it comes to the Number 1 or any senior company executive. Go straight to the Board. Report to the independent hotline. The Board cannot then ask HR to investigate (this happens!) but should appoint external specialists. I know of companies that won’t do this because of the expense.

These are questions I commonly receive.

Question 1: What do you do if you have been harassed by someone who holds power over you?

Discrimination and whistleblower lawyer Eric Bachman advises safety in numbers. Kelly Ellis sued Google for gender discrimination once she had two others as joint plaintiffs.

Question 2: What if someone tells you they have been harassed by a person in power?

Title Image of Harvey Weinstein courtesy of US Magazine.

I am a Speak Up Advocate and Coach, formerly a lawyer in the Oil and Gas industry. I give awareness talks, facilitate organisations and coach leaders and groups on speaking up, learning how to create an open culture and reflecting on organisational values against reality. My focus: Ethics, Harassment, Wrongdoing and Safety.

If you have any concerns about sexual harassment or harassment, you may contact me on LinkedIn, message the Facebook page or write to me directly at animahspeakup@gmail.com.

ARE POLICIES WORTH THE PAPER THEY’RE WRITTEN ON?

Men, this is Why Women Stay Silent When Sexually Harassed